Within an hour, the deputies realized just how common the sharing of nude pictures was at the school. “The boys kept telling us, ‘It’s nothing unusual. It happens all the time,’ ” Lowe recalls. Every time someone they were interviewing mentioned another kid who might have naked pictures on his or her phone, they had to call that kid in for an interview. After just a couple of days, the deputies had filled multiple evidence bins with phones, and they couldn’t see an end to it. Fears of a cabal got replaced by a more mundane concern: what to do with “hundreds of damned phones. I told the deputies, ‘We got to draw the line somewhere or we’re going to end up talking to every teenager in the damned county!’ ” Nor did the problem stop at the county’s borders. Several boys, in an effort to convince Lowe that they hadn’t been doing anything rare or deviant, showed him that he could type the hashtag symbol (#) into Instagram followed by the name of pretty much any nearby county and then thots, and find a similar account. 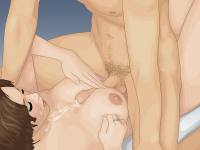 The following 27 files are in this category, out of 27 total.