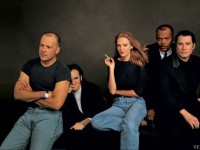 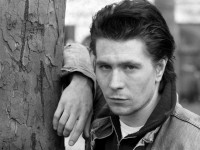 "I look at the world, I look at our leadership and I look at every aspect of our culture and wonder what will make it better. I have no idea. Any night of the week you only need to turn on one of these news channels and watch for half an hour. Read the newspaper. Go online. Our world has gone to hell. I listen to the radio and hear about these lawsuits and about people like this high school volleyball coach who took it upon herself to get two students to go undercover to do a marijuana bust. You’re a fucking volleyball coach! This is not 21 Jump Street." 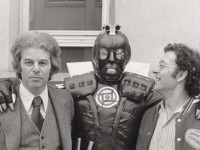 To have created one of the most influential comedies of all time takes talent and luck; to have created at least three takes nothing less than genius. Harold Ramis, best known to millions of 80s kids as Dr Egon Spengler, who has died at the far too young age of 69, leaves behind an incomparable work of seminal comedies from the late 20th century. When Ramis’ granddaughter was born, he announced he didn’t want to be “Grandpa.” He wanted to be “GrandDude”. There was no need for him to clarify: Ramis always was and always will be the GrandDude of comedy. 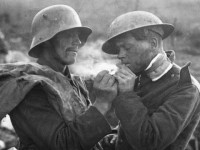 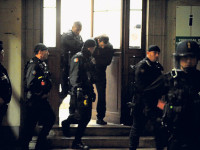 Pink Panthers is the name given by Interpol to an international jewel thief network, named after The Pink Panther series of crime comedy films, which is responsible for some of the most audacious thefts in criminal history. They are responsible for what have been termed some of the most glamorous heists ever, and one criminologist even described their crimes as "artistry".They have targeted several countries and continents, and include Japan's most successful robbery ever amongst their thefts. Some law enforcement agencies suspect that the group is responsible for over US$500 million in bold robberies in Dubai, Switzerland, Japan, France, Liechenstein, Germany, Luxembourg, Spain and Monaco. Law enforcement suspect their involvement in the robbery of the jewellery store Harry Winston in Paris, on December 9, 2008. The thieves escaped with more than €80 million worth of jewellery. 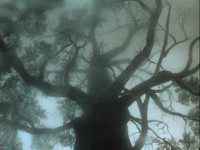 This is a story about a little hedgehog (voiced by Mariya Vinogradova) and his friend bear cub (voiced by Vyacheslav Nevinniy). The two would meet every evening to drink tea from the cub's samovar, which was heated on a fire of juniper twigs. As they drank their tea, the hedgehog and the bear conversed and counted the stars together. One day, the hedgehog decided to bring raspberry jam. As he went to the bear to count the stars, he passed through the woods and found a horse standing in a fog, where the hedgehog can't even see his own pink paw. He is curious as to whether the horse would drown if it went to sleep in the fog. The hedgehog decides to explore the fog. 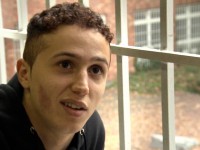 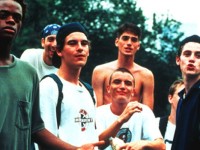 Two decades after a low-budget film turned Washington Square skaters into international celebrities, the kids from "Kids" struggle with lost lives, distant friendships, and the fine art of growing up. 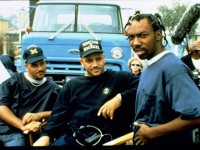 In this week's New York magazine, Carl Swanson uses the opening of an exhibition at the New Museum to explore the question of whether or not 1993 changed the world. As part of the issue, we interviewed several directors, musicians, actors, and TV showrunners for their thoughts and memories from two decades ago. 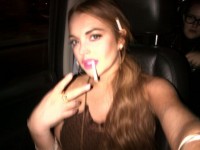 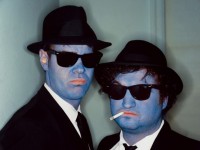 The pitch was simple: “John Belushi, Dan Aykroyd, Blues Brothers, how about it?” But the film The Blues Brothers became a nightmare for Universal Pictures, wildly off schedule and over budget, its fate hanging on the amount of cocaine Belushi consumed. From the 1973 meeting of two young comic geniuses in a Toronto bar through the careening, madcap production of John Landis’s 1980 movie, Ned Zeman chronicles the triumph of an obsession. 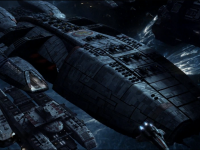 On 5 November 2012, an Entertainment Weekly exclusive revealed SyFy's plans for Blood and Chrome, detailing the pilot episode's division into ten shorter episodes to be aired on Machinima's YouTube channel, Machinima Prime, beginning Friday, November 9, 2012. The additional seven to twelve minute episodes would be released in the following four weeks, with the complete pilot episode airing on SyFy in January of 2013. On 7 November 2012, Machinima Prime released a clip from Blood and Chrome featuring a short scene from the episode.  An unrated, uncut Blu-ray and DVD version of the pilot episode was announced on 8 November 2012, with a 19 February 2013 release date. As announced, the Blu-ray and DVD will include deleted scenes and a behind-the-scenes documentary, “Blood & Chrome: Visual Effects”. The announcement coincided with the release of another teaser trailer featuring additional footage from Blood and Chrome. 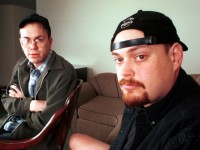 The Hollywood film-maker Lana Wachowski has described how she publicly came out as transgender while shooting the Matrix sequels with her brother Andy. The Wachowskis made their feature debut with the 1996 thriller Bound before scoring a global success with the 1999 science-fiction blockbuster The Matrix. But it was during production on the Matrix sequels, on set in Australia during 2002, that Lana began to struggle. "For years I couldn't even say the words 'transgender' or 'transexual'," she said. "When I began to admit it to myself, I knew I would eventually have to tell my parents and my brother and my sisters. This fact would inject such terror into me that I would not sleep for days." 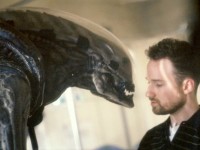 Perhaps no other living director has done as much for the art of the title sequence as David Fincher. The filmmaker’s work inarguably helped kickstart the title design renaissance of the 1990s, a revival that the medium still enjoys to this day. From the slumberous doom of Alien³ and the meticulous grotesquery of Se7en to the dreadful reminiscence of The Game, the electrical inner workings of Fight Club, and the majestic imposition of Panic Room, the director’s title sequences are as distinct from one another as they are distinctly the works of Fincher. 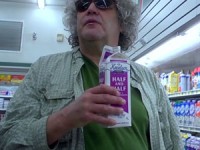 Meet the dude behind The Dude! Sundance Award winning director Jeff Feuerzeig reveals the inspiration for the beloved central character in the Coen Brothers' cult-favorite film THE BIG LEBOWSKI. This documentary short follows Jeff Dowd to a Lebowski Fest offering a glimpse into this fascinating subculture and colorful real-life character behind the iconic mythical Dude and the secret to how he always abides... 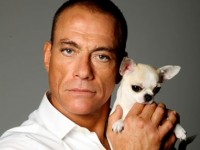 "I adopted a few dogs in Thailand, and he was one of them. Another dog was attacking him. He was full of scars, I don't know if they used him for fighting, so I called him Scarface. So I've got all this promotion, I've got [morning TV show] The View booked, the New York Times … They say, 'If you go there, the movie will do well.' But my dog is sick, he had a stroke. Brain stroke. So, clinically, he's dead. I go to the clinic and he's got tubes and everything. I love animals. I talk in his ear and I kiss him, and guess what? The fucker wakes up! We have to get him in a cage, so I get the biggest one, and I sleep there with him. What, I'm gonna promote JCVD? Who's JCVD? He's the guy we saw in the movie. Why change him in real life? So, Scarface was alive next to me. He had a tube in his penis, I had to change it. And now he's an amazing dog. He loves me like crazy. And JCVD's gone, but Scarface is here. And God paid me back with Expendables 2. Voilà." 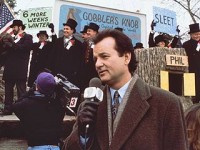 “Bill had all these obvious resentments toward the production, so it was very hard for a time to communicate with him. Calls would go unreturned. Production assistants couldn’t find him. So someone said, ‘Bill, you know, things would be easier if you had a personal assistant. Then we wouldn’t have to bother you with all this stuff.’ And he said, ‘Okay.’ So he hired a personal assistant who was profoundly deaf, did not have oral speech, spoke only American sign language, which Bill did not speak, nor did anyone else in the production. But Bill said, ‘Don’t worry, I’m going to learn sign language.’ And I think it was so inconvenient that in a couple weeks, he gave that up. That’s anti-communication, you know? Let’s not talk.” When James Cameron’s “Titanic” gets its theatrical rerelease in 3-D next week, it will emerge into a very different world for movies than when it first came out. It can be hard to notice how much has changed since 1997 just by watching a contemporary blockbuster like “Transformers” or “Twilight.” But the shifts have been massive, and significant. The emergence of digital technology has given audiences more entertainment options than ever, while simultaneously opening up new ways for fans to find each other and discuss pieces of pop culture. As the Web provides ever-more information at an ever-quicker pace, new tools for making movies have allowed filmmakers to cut up and recombine images and sound at the furious pace our entertainment consumption now seems to require. And all of these changes are visible in a single piece of film marketing: the movie trailer. 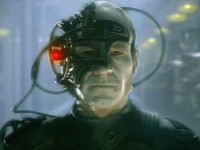 The Borg are a fictional pseudo-race of cybernetic organisms depicted in the Star Trek universe associated with Star Trek. The Borg use abduction and "assimilation" (enforced cybernetic enhancement, connection to the hive mind) as a means of "achieving perfection". Aside from being the main threat in Star Trek: First Contact, the Borg play major roles in The Next Generation and Voyager television series, primarily as an invasion threat to the United Federation of Planets, and serve as the way home to the Alpha Quadrant for isolated Federation starship Voyager. The Borg have become a symbol in popular culture for any juggernaut against which "resistance is futile". 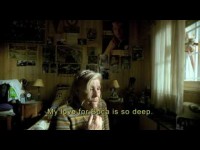 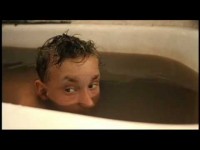 Gummo is a 1997 American independent drama written and directed by Harmony Korine. A directorial debut for Korine, the film stars Jacob Reynolds, Jacon Sewell and Chloe Sevigny. Rather than following a linear plot, the film is a series of seemingly unrelated vignettes depicting the hopeless, nihilistic lives of the residents of Xenia, Ohio, a small Midwestern town that had been previously struck by a devastating tornado. This is an alternate trailer by Mark Romanek. His music videos have garnered 19 MTV Video Music Awards, including Best Direction for Jay-Z's "99 Problems" in 2004. He has also won three Grammy Awards for Best Short Form Music Video. 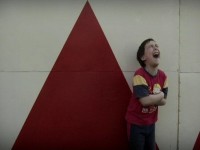 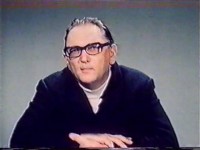