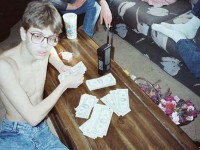 Gerald Daniel Blanchard is a Canadian criminal described by police as one of the most sophisticated criminal masterminds the country has ever seen, who orchestrated never seen before high tech crimes crossing 3 continents. 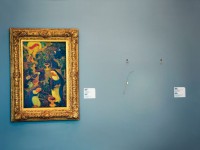 There is a black market for stolen artworks, and according to the head of the F.B.I.'s art-crime team, Bonnie Magness-Gardiner, their prices are inevitably a small fraction of the works’ legitimate value. Some estimates put the average at 7 to 10 percent of perceived open-market value. A painting doesn’t need to be sold at auction to hold value. Even if it stays forever on the black market, it can be used as a kind of promissory note in a weapons or drug deal. Career criminals also believe they can extort a ransom from insurers or use the stolen work as a bargaining chip. A prison sentence, for instance, might be reduced in some jurisdictions in exchange for a criminal’s help in retrieving a missing Monet. In effect, an unframed canvas, easier to move across borders than its equivalent in cash or drugs, acts as a high-value and extremely pretty bank note.