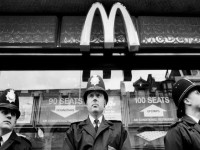 An undercover police officer posing for years as an environmental activist co-wrote a libellous leaflet that was highly critical of McDonald's, and which led to the longest civil trial in English history, costing the fast-food chain millions of pounds in fees. Lambert was deployed by the special demonstration squad (SDS) – a top-secret Metropolitan police unit that targeted political activists between 1968 until 2008, when it was disbanded. He co-wrote the defamatory six-page leaflet in 1986 – and his role in its production has been the subject of an internal Scotland Yard investigation for several months. At no stage during the civil legal proceedings brought by McDonald's in the 1990s was it disclosed that a police infiltrator helped author the leaflet. 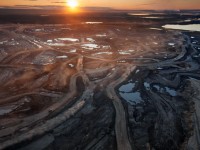 Toshiba Corp. has reportedly designed a nuclear reactor and intends to market it to natural resource developers for mining Tar Sands in Canada and other places. Nikkei reported this week that the company had completed design of a small 10,000kw reactor and had asked the U.S. Nuclear Regulatory Commission for approval to begin construction in the United States, but the process had been delayed in connection with a meltdown at Japan’s Fukushima Daiichi nuclear power plant in 2011. The company also planned to seek approval from Canadian authorities. Toshiba’s planned reactor would not need to be refueled for up to 30 years. Additional uses could included turning saltwater into freshwater and powering small communities in frontier areas like northern Alaska.