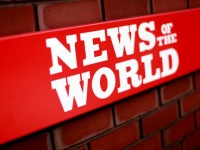 Sean Hoare, the former News of the World showbiz reporter who was the first named journalist to allege Andy Coulson was aware of phone hacking by his staff, has been found dead, the Guardian has learned. "The death is currently being treated as unexplained, but not thought to be suspicious. Police investigations into this incident are ongoing." 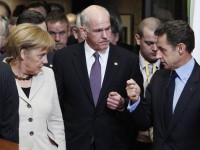 Indeed, the very insurance that was being held in public coffers by the Hellnic Postbank, is today worth approximately 27 billion dollars according to numbers cited by Mr. Kammenos on multiple occaisions. Considering that Greece is now under duress to raise collateral for its “bailout” money, 27 billion dollars would go a long way towards preventing the privatization and sale of the nation’s assets to foreigners (this figure assumes a partial default and subsequent payout). Unfortunately, the Greek government is no longer in possession of this 27 billion worth of CDS, because it sold them in December of 2009, for a paltry 40 million dollar profit. According the Mr. Kammenos, the contracts were sold to a private firm for “high net-worth individuals” founded in 2009, by the name of IJ Partners.IJ Partners, based in Geneva, has a number of well-known Greeks who serve as either managing partners or members of the board, including former IMF economist Miranda Xafa (who intermediated Greece’s dealings with the IMF), former CEO of Piraeus Bank (one of the banks named in a law suit as shorting Greek government bonds during the period in question) and Theodore Margellos, the well-known exporter who was accused of falsely passing off imported corn from Kosovo as Greek produce. I should also note that according to Mr. Kammenos’ accusations, the firm’s Vice President, Mr. Jose-Maria-Figueres, shares board membership on a separate NGO with none other than the Prime Minister’s own brother, Mr. Andreas Papandreou Jr. 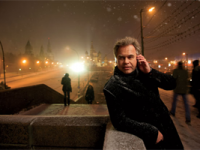 Last summer, the world’s top software-security experts were panicked by the discovery of a drone-like computer virus, radically different from and far more sophisticated than any they’d seen. The race was on to figure out its payload, its purpose, and who was behind it. As the world now knows, the Stuxnet worm appears to have attacked Iran’s nuclear program. And, as Michael Joseph Gross reports, while its source remains something of a mystery, Stuxnet is the new face of 21st-century warfare: invisible, anonymous, and devastating. 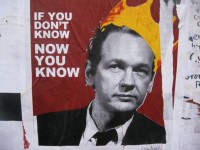 "The female officer became friends with the woman referred to in court as Miss A through Sweden's Social Democratic party, in which both are involved, according to Expressen. The pair corresponded on the internet 16 months before the allegations were made against Assange. Miss A commented on a Facebook update on the police officer's page as recently as 10 February, the paper said, and Miss A links to the officer's private blog from her personal page." 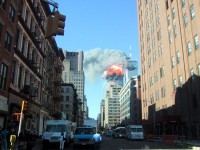 "To my knowledge — and I challenge the reader to offer one example — no-one in the entire history of photography, since its invention in 1826 by another Frenchman, Nicéphore Niépce, has produced an image like the Naudet film of American Airlines Flight 11. No other world-shattering event, as sudden, as rapid and as totally unexpected to the people of New York as the arrival of that plane was — which is why, essentially, nobody else got it — has ever been recorded on film: least of all with only six seconds to spare, after a 90-degree camera pan and with the buildings that were both about to be hit over the next 20 minutes centered in the shot, and framed by the buildings on the sides of the street next door, like curtains framing the action on a theatrical stage. There had been nothing like it in the previous 175 years, and there has been nothing like it since. In the putative "Complete History of Documentary Photography," in the chapter entitled "Accidental Pictures of Moments that Changed the World," the only name mentioned would be Jules Naudet's: how many other photographers have a whole branch of the art all to themselves? The unique 9/11 event was the subject of an equally unique photographic achievement."