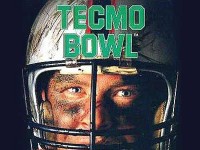 Tecmo Bowl is an arcade game developed and released in 1988. The godfather of football video games, Tecmo once ruled the controllers of sports fans everywhere. The documentary features coverage of an annual Tecmo Bowl tournament in Madison, Wisconsin, along with retired NFL players who played and starred in the game, most notably Christian Okoye.