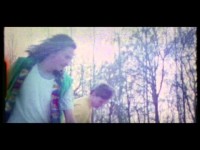 This is the story of three adolescents, who made an unlikely discovery on the GDR's crumbling tarmac: the skateboard. The board from America didn't just become the fun epicenter of their last summers in East Germany, but also turned into a symbol for their autonomy in a decrepit "Regelstaat" that had lost touch with its citizens. A mix of staged scenes and archive footage allows us an unconventional look into the universe of the late GDR's youth. The legend of East German skaters is the starting point for this unheard of story about fun, rebellion and the courage to be yourself.